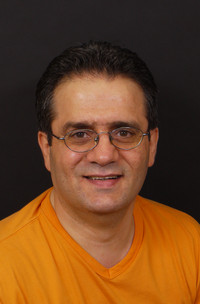 Ibn Rushd Lecture on Wednesday, 26th April, at 8:00pm in the Lettrétage Berlin.

Critical Ideas in Arab Political Thought, the Syrian Revolution and the Question of Asylum.

In his recently published book Critical texts in Arab Political Thought, the Syrian Revolution and Asylum: In the Example of Bishara and Barout (available in Arabic only) Darwish critically discusses some of the most prevailing ideas about the issue of nationalism, democracy, Syrian revolution and asylum.

Taking a closer look at the relationship between nationalism and democracy, he asks if nationalism (in Arab countries) represents a necessary condition or a prerequisite for achieving democracy.

Darwish also discusses the Syrian Revolution´s background, its early evolution and its subsequent prospects. What are the political and socio-economic factors that led to it in the first place? Which role did Bashar al-Assad play in the revolution?

Lastly some light is shed on the consequences of the political development in Syria, especially considering its impact on Germany. Darwish directs his critique towards “racist” and “immoral attitude” of refugees towards each other, but also tries to analyse the attitudes within the German receptive society, where he diagnoses an “ethics of Duty”, an ” ethics of fear“ but also the “ethics of sympathy and love”.

The lecture was held in Arabic.

The Lecture as a document for reading

The lecture has been translated to English but is also available in the Arabic original for further reading. Please click on the icons below to get the lecture in English. Switch language (top of page) to go to the Arabic page including the Arabic version of the Text.