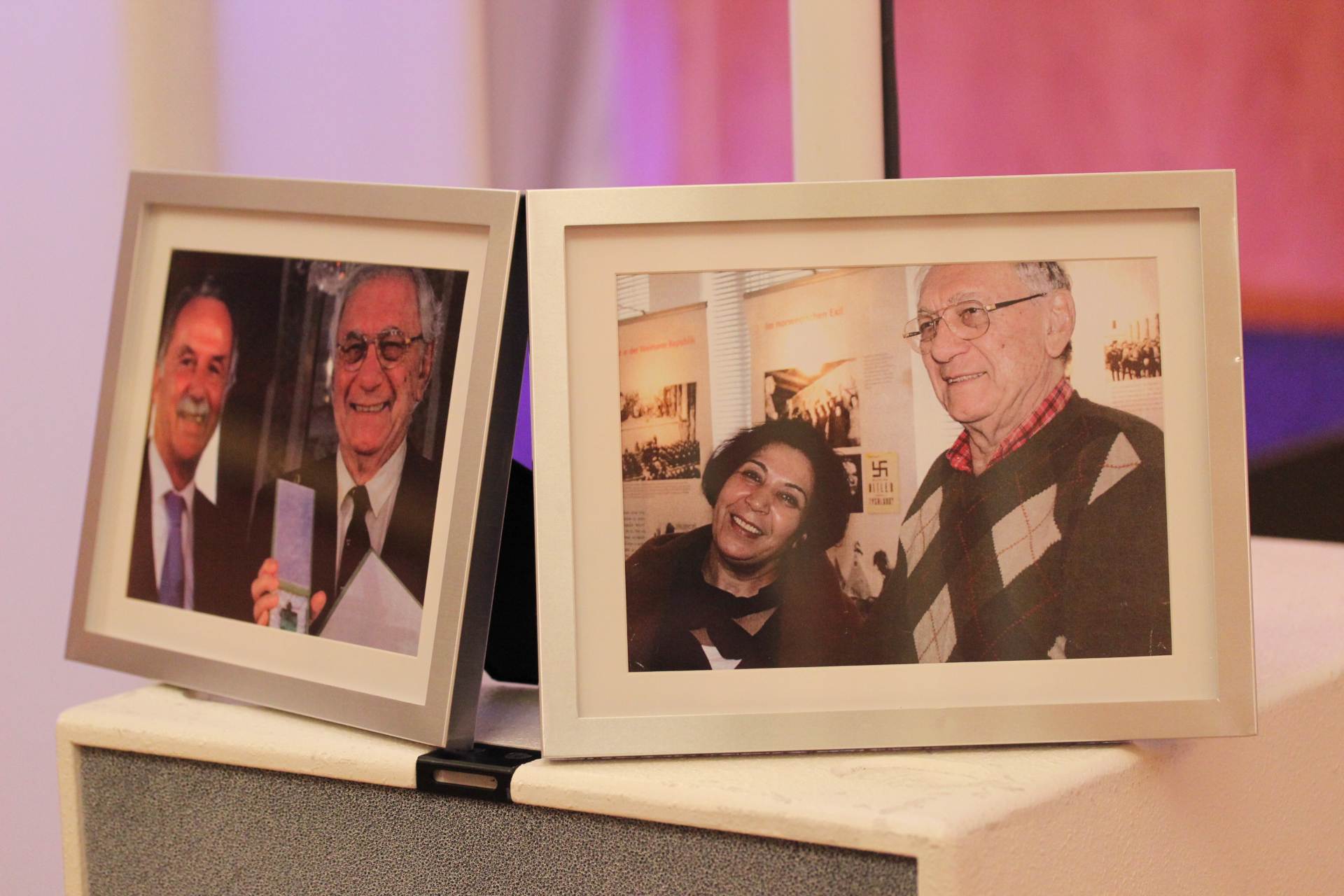 The Ibn Rushd Fund and the Sadik Al-Azm Foundation for Culture and Education hosted a memorial event for Prof. Sadiq Jalal Al-Azm, who passed away on December 11th, 2016 after a short but grave illness.

Numerous contributors took part in the event to celebrate Freedom of Thought with us, and the great Syrian philosopher as its outstanding representative. Ever since the foundation of the Ibn Rushd Fund, Prof. Sadiq Jalal Al-Azm supported the Ibn Rushd Fund with advice, gave lectures, and in 2012 accepted the Ibn Rushd Prize for Freedom of Thought on behalf of the Syrian activist Razan Zaitouneh. With this memorial event we wanted to remember the great thinker and the wonderful human being, whose magnanimity was in no way second to his intellectual merits.

The event took place on February 10th, 2017 in Berlin in the Festsaal of Berlin’s main city hall Rotes Rathaus.

Sadiq Al-Azm – inspiring the Future beyond his own

Recollections Along my Father’s Journey (E)

Sadiq’s texts – a companion from Beirut to Berlin (Arabic)

Pictures from the Al-Azm Memorial in Berlin. Ⓒ Manfred Wolf