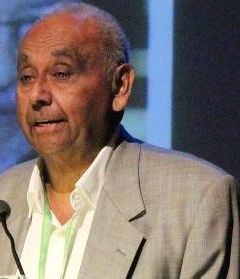 Since a quarter of a century we have been meeting every year in Hermannsburg, this charming and delightful city in Lower Saxony,  at the invitation of Sudan Forum and Sudan Focal Point – Europe to examine and discuss key issues on Sudan. Over a quarter of a century I was with you as a good listener who followed the talks and discussions with keen interest — this might have to do with my profession as a medical doctor. However today, I stand before you for the first time as a speaker.

Back in nineteen eighty seven we were a small group, but our number continued to grow over the years, almost overfilling this big hall.

Most of those who attended were Sudanese who lived in the Diaspora: in Germany, France, the Netherlands, England, America. Some came from inside Sudan. Besides, there were friends from Germany and other countries who were interested in Sudanese affairs, some of whom worked in Sudan as experts or technicians.
The talks were presented by Sudanese experts, academics and politicians, and by friends of Sudan.   They were varied in themes and of high quality. Discussions were heated and sometimes even provocative. Yet, the atmosphere was one of friendship and joy, especially during the evenings when we met to sit and chat.  . This, I must add, is a Sudanese phenomenon par excellence!

All this could not have happened without the initiative of Marina and Hermann. Thanks to their continued effort, and determination, our meetings progressively improved each year. They paid great attention to the choice of speakers and managed to secure the financial backing of civil society organizations.  They selflessly did all this at the expense of their health, families and time.

So much for the meetings in general.

As for me personally, though I’ve lived in Germany for a long time, I follow the political developments in my country with keen interest. These meetings have provided me with invaluable additional information and the great opportunity to gain new friends.

In recollection, it is interesting to note how some Sudanese participants have shifted grounds during those 25 years. From vigorously defending the regime in Sudan, almost irrationally without reasonable arguments, to a reversal in the following meetings when they have totally changed their political views and joined the opposition. But the opposite is also true. Allow me to add that there is no doubt that one can reconsider one’s basic criteria, convictions and views. However, this is acceptable as long as it is not motivated by opportunism, or by seeking personal gain, or due to arrogance and mere presumption.
I was, and still am, one of those who actively supported the unity of Sudan. That is why I consider seventh July two thousand and eleven as a very sad day for me personally.

However, the people of Southern Sudan voted for separation with a sweeping majority reaching about ninety eight per cent. This indicates the magnitude and gravity of injustice, oppression and neglect which they have suffered due to the misguided policies followed since independence in nineteen fifty six and up to now.

Therefore, when the Southerners choose by such a majority to separate, we have to share their happiness and wish them a better future. In expressing this I see no contradiction in my stance.

Saying that the governing National Congress Party bears the primary responsibility for the separation of the South and the destruction of Sudan, is a claim that must be taken cautiously.  True, the ruling party since their military coup d’ etat in nineteen eighty nine bears the greatest responsibility on account of violating democracy, monopolizing power, imposing a regime of terror and oppression, and blocking the way in the face of any real and serious power sharing to bring about reform.  Unfortunately, the political elite has over the last fifty six years dealt with the country’s chronic and complex problems in a reckless and irresponsible manner. This conduct could only give rise to the current overall political, economic, and intellectual crisis — a crisis whose crushing existential burden has made everyone realize that the country has reached a dead end.

The National Congress Party government which has ruled the country for the past twenty three years is now at its weakest point. But it continues to draw its strength from the weakness of a divided opposition made up of traditional and ideolgical parties that have taken part over fifty six years in wrecking the country’s political life. These parties have run out of steam and have no vision or unifying programme that can act as a rallying point for a viable alternative.

In the midst of this all-embracing crisis we may well ask:
where is the politician with integrity?
Where is the person of God or religion who is guided by his or her conscience?
Where is the person of the left who is genuine in his or her revolutionary commitment?
Where is the intellectual who critically deconstructs and reconstructs?
Only a handful.
We will not be able to progress one single step forward, unless we settle our accounts with the past.
History does not forget. It will show that we were part of the deception not only by covering up the miserable reality, but also by falsifying it.
The great German poet Heinrich Heine who died in eighteen fifty six said in one of his critical essays:

“The principal task of a literary text is to formulate questions as literature does not give answers.”

This means that posing the correct question will generally lead to obtaining the correct answer. And this is precisely what we are lacking now.
Both Northern and Southern Sudan have a long common history which could not be obliterated or easily forgotten.  The possibility of restoring the country’s unity is not a flight of fancy or a futile hope belied by country’s the bitter reality. Yet, unity can only be restored if real democracy prevails in both states.  However, real democracy does not mean elections only –which, I hasten to add, are neither free nor fair in our country. Real democracy means guaranteeing equality, human rights, peaceful transfer of power, respecting the rights of citizenship, freedom of religion and belief, freedom of conscience, and freedom of thought.

To maintain peace and equality among the citizens irrespective of their beliefs the State must be neutral. It must not allow preference or injustice due to a person’s religious conviction.

The contemporary well known internationally great german philosopher Jürgen Habermas said:
“The neutrality of the State Power towards beliefs, an attitude which guarantees every citizen his/her moral freedoms, is in contradiction with the political generalization of a secular world-view. Further, secular citizens, who become activists, should not rule out the possibility that religious beliefs can hold truths. Nor should they deny the right of religious citizens to participate in public discussions using religious language “(Glauben und Wissen 2001).

Above all it means the respect of human dignity. While the dignity of individuals is being continuously violated by the state in our country, we find that international law gives it precedence and protects it. In Germany, for example, it is the first Article, and the first paragraph in the German Constitution.
Die Würde des Menschen ist unantastbar.
Human dignity shall be  inviolable , to respect and protect it shall be the duty of all state authority.

Another important right that has to be protected is the right to expand the base of civil society organizations whose independence has to be guaranteed. Unfortunately what we find in Sudan now is the curtailment of their activities and the constant attempts to infiltrate them.
A society whose members do not enjoy independent thinking and are incapable of adopting a human culture  will not be able to progress one inch towards social progress.
The conclusion: Freedom first, then union.
When speaking of unity, I recall how the late John Garang De Mabior who tragically died in July two thousand and five, described his dream of our country. He said:
“There must be ONLY one Sudan,”

Speaking of ‘unity’, I also recall what the former German chancellor Mr Willy Brandt, who died in nineteen ninety two an unforgettable statesman with a great vision, said when The Berlin Wall was built in nineteen sixty one. He said, though it is difficult to capture in translation the brilliance of his words,

What belongs together is further driven apart!

But at the fall of the Berlin Wall in nineteen eighty nine had said:
Now grows together what belongs together!
Allow me to repeat those wonderful words in their original language:
„Was zusammengehört, ist weiter auseinandergerissen“. (1961 zum Mauerbau.)
„Jetzt wächst zusammen was zusammengehört“ (1989 nach dem Mauerfall).
This formulation by the German Chancellor reminds me of wonderful poem by the Andalusian poet Ibin Zaidoun who lived in the eleventh century. Its opening lines go like this:
أضحْىَ التَنَائِى بَديْلاً منْ تَدانِيْناَ ونَابَ عَنْ طِيبِ لُقيَانا تَجافينا
والله ماطلبَت أهواؤُنا بَدلاً مِنكمُ وَلااِنصرَفَت عَنكُم أمانينا
Distance has replaced our closeness   // and withdrawal has replaced the intimacy of our togetherness.
Pray God we have wished no other but you. // nor have we given up our hope on you.

Both the German politician and the Arab poet speak of human relationships. Both speak of the pain of separation and the hope of reunion.  Brandt speaks about the father Land, and Ibn Zaidoun about the beloved.
I am fully aware that the dream of Sudan’s ‘unity’ is far-fetched at the present time.  Yet let us remember that Germany has indeed become a ‘united’ country!
I conclude, as I began, with thanks and gratitude. However, if I may speak on behalf of all the Sudanese, I’d like to say that for us as Sudanese it would be extremely difficult to find the suitable words that can express our feelings of appreciation and gratitude towards Marina and Herman for what they have done and continue to do for our country.
Marina and Herman: We will always be indebted to you. We will always appreciate your love for our country and its people, your concern about our country and its people, your initiative, your hard work, your sacrifices.
And because words fail me, let be my simple self and simply say
Thank you very much Marina, Thank you very much Hermann.