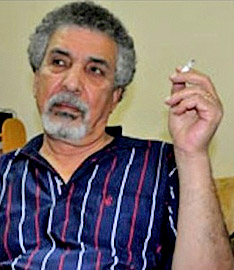 I wrote most of these diaries in the desert prison. But the word “wrote” isn’t quite accurate. There are neither pens nor paper to write on in the desert prison. This colossal structure—made up of Courtyard Zero, seven more courtyards, thirty-seven dormitories, new, unnumbered dormitories, cells in the fifth courtyard, and still more rooms—held more than ten thousand prisoners within its walls at one point. The concentration of university graduates in the prison was higher than anywhere else in the country, and although some prisoners spent more than twenty years there, they never saw paper or pen.

translated from the Arabic by Elisabeth Jaquette