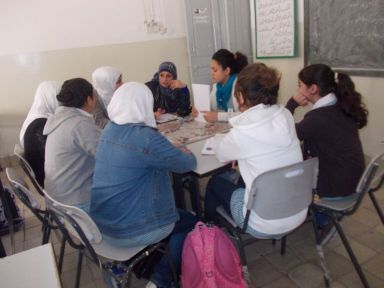 
Dr. Hamid Fadlalla
Hamid Fadlalla is a Sudanese specialist doctor and author, resident of Berlin. He is member of the Executive Committee of the Arab Organization for Human Rights in Cairo and a member of the Advisory Board of the Ibn Rushd Fund for Freedom of Thought in Germany. Hamid Fadlalla has published many articles and short stories in addition to literary translations.

Hakam Abdel-Hadi
Radio journalist since 1976, former editor of the Arabic section of Radio channel “Voice of Germany”. Abdel-Hadi was born in the city of Jenin in 1939 in Palestine. He studied economics and was involved in several researched studies. Since 1995 he  has been a freelance journalist for radio stations and newspapers and he contributed to the training programme of young radio journalists at the University of Birzeit. Abdel-Hadi has published many books and articles.

Fadia Foda
Fadia Foda is active in the field of migration and refugees in Germany, a Palestinian born in Lebanon 1959. She is member of the Board of the Ibn Rushd Fund. She has published some articles and research studies on women and immigrants, and translated books and articles.