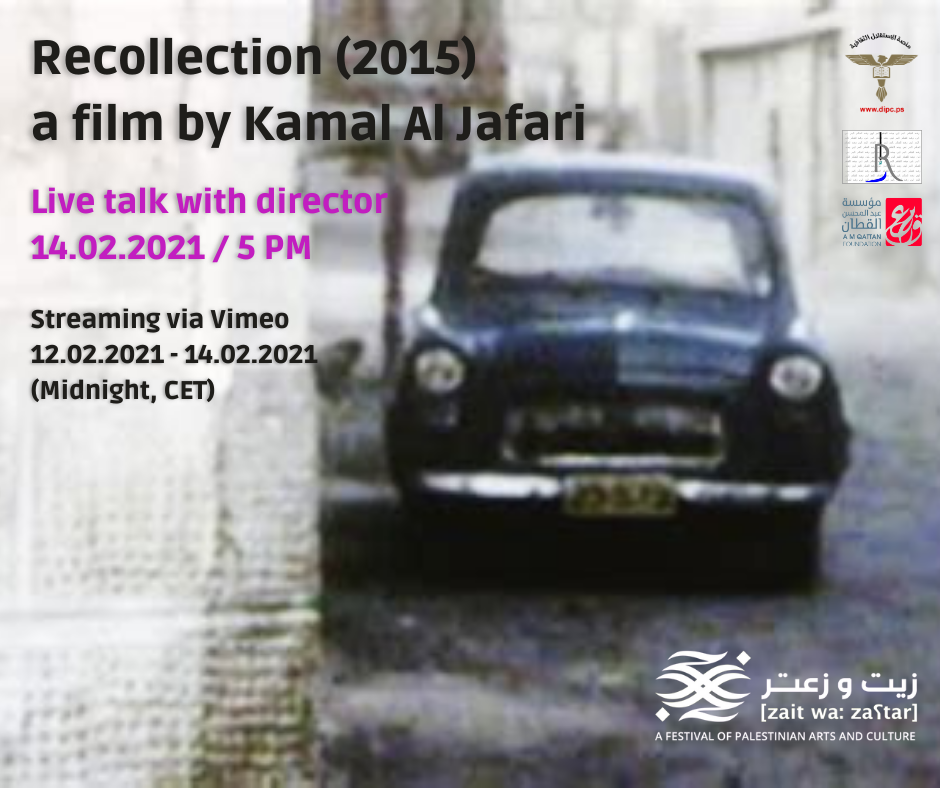 Welcome to the next event of the online version of our ongoing [zait wa: zaʕtar] Festival of Palestinian Arts and Culture! For the next upcoming lockdown weekend, we prepared a the screening of Kamal Aljafari’s film ‘Recollection’ for you, together with the artist talking with the festival’s film curator Nahed Awwad.

A visual tour around Jaffa, through rare archived footage that subtly depicts every house, road or square. A visual memory record of a city, people and parents in a city that was once known as the “Bride of the Mediterranean”.

Kamal Aljafari’s filmography includes ‘Recollection’ (2015), ‘Port of Memory’ (2009), and ‘The Roof’ (2006). He was a featured artist at the Robert Flaherty Film Seminar in New York, and the Benjamin White Whitney Fellow at Harvard University’s Radcliffe Institute and Film Study Center. He taught film at The New School in New York City, and was a senior lecturer and head of the directing program for the German Film and Television Academy (DFFB), Berlin. He received numerous art grants and prizes, such as the art medal of the state of Rio Grande do Sul in Brazil. A retrospect of his work was shown at Lussas Film Festival in France and at the Cinémathèque Québécoise.